A population pyramid, also called an age pyramid or age picture diagram, is a graphical illustration that shows the distribution of various age groups in a population (typically that of a country or region of the world), which forms the shape of a pyramid when the population is growing.[1] It is also used in ecology to determine the overall age distribution of a population; an indication of the reproductive capabilities and likelihood of the continuation of a species. (from Wikipedia)

A clearer view of age of pyramid for the USA

The images below come from PopulationPyramids.net; visit the site to view pyramids from other countries. 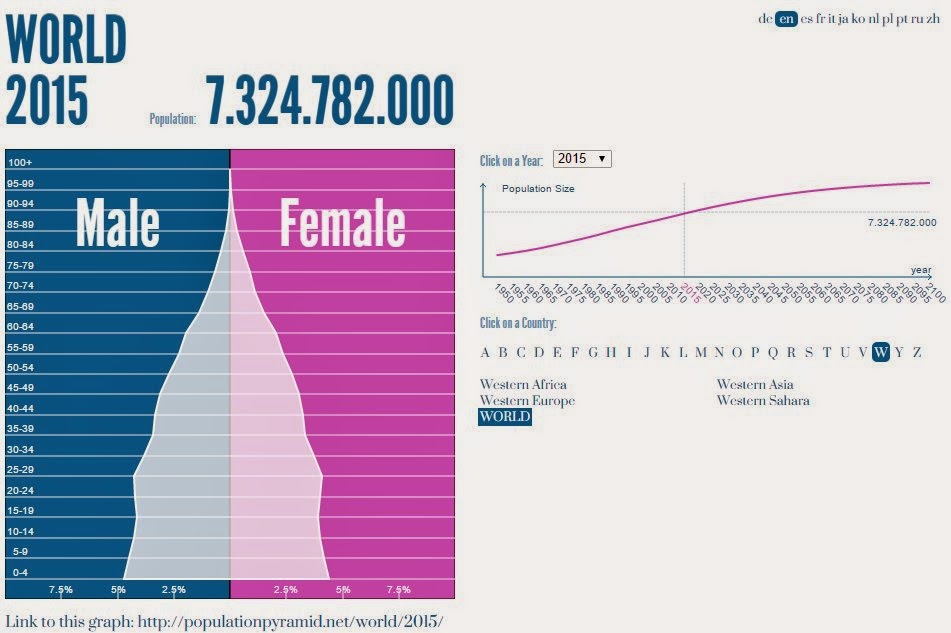 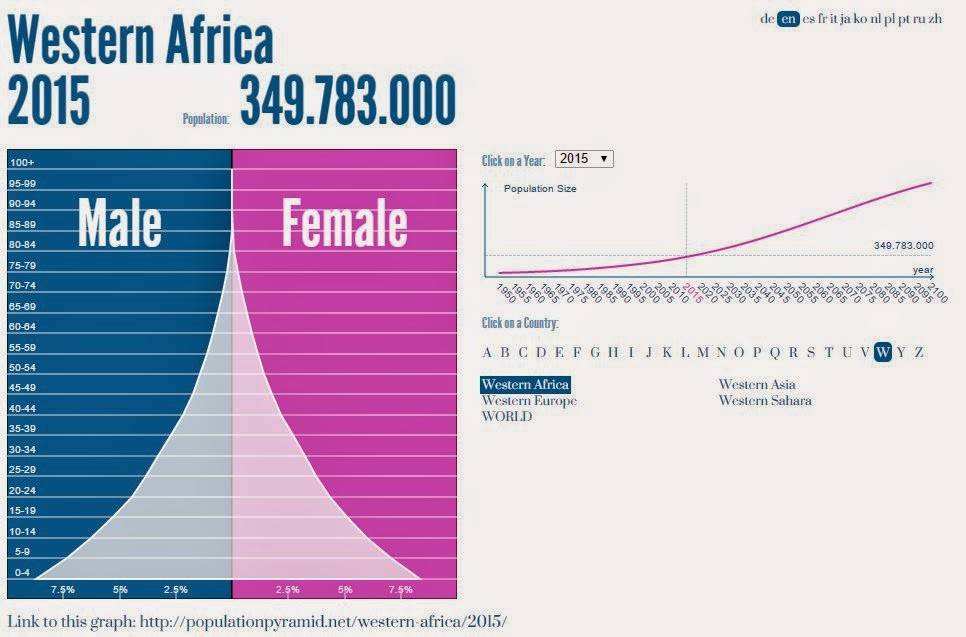 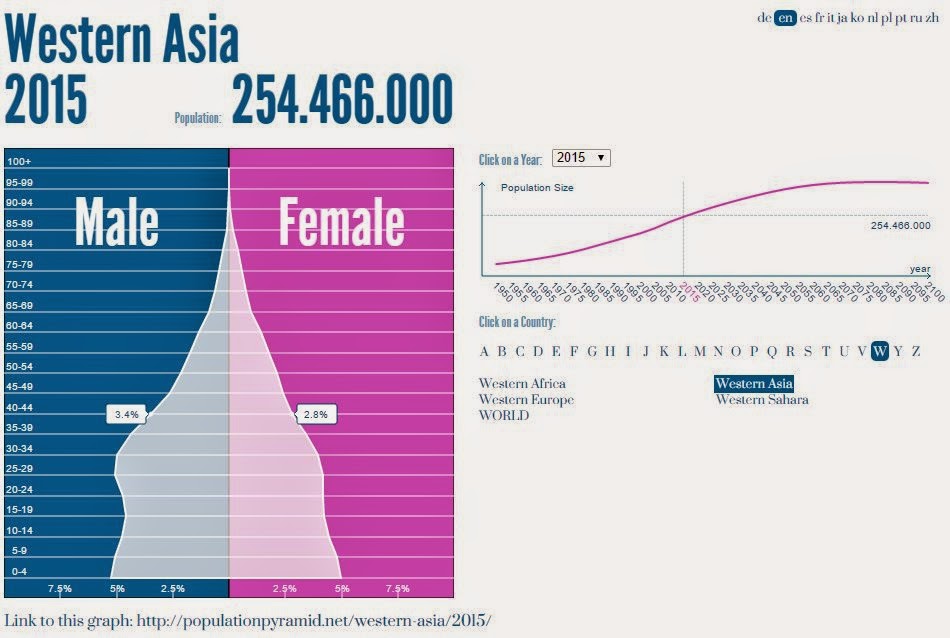 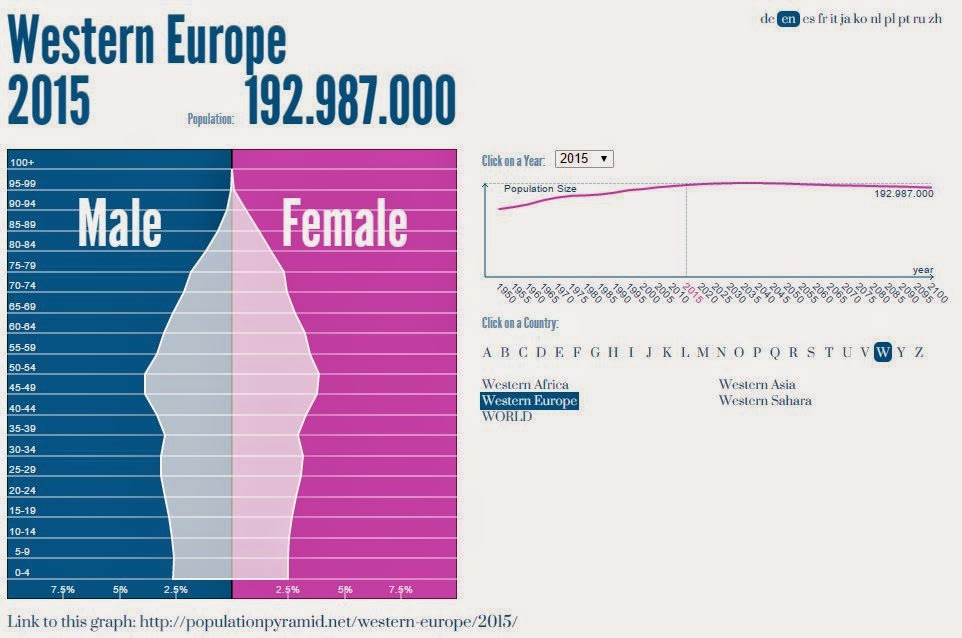